The short answer: the idea for FAZA developed over several years as it slowly came into focus, starting with my frustrations with competitive games and was refined through prototyping and playtesting. 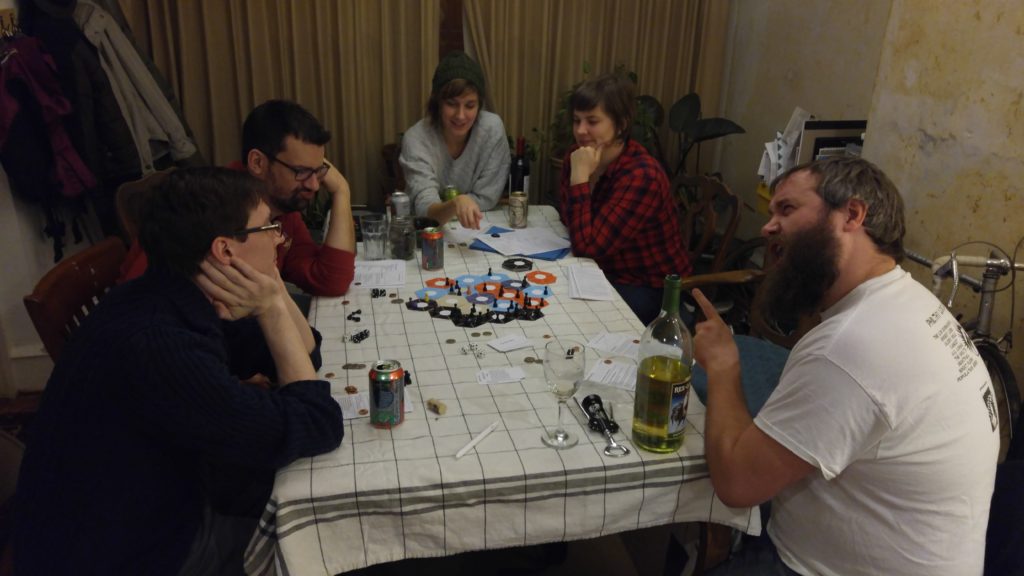 The long answer: working on FAZA developed from two major frustrations. The first frustration is that many existing cooperative games feel too much like a puzzle, eventually making subsequent playthroughs not as interesting once the optimal strategy is discovered.

The second frustration that motivated me to start working on a cooperative game was my one major issue with competitive games, like Settlers of Catan, Monopoly, Risk, and the like. When I play these games I end up in last place, or near to last place, and I’m left with nothing to do during the game. The rest of the players continue getting ahead as I then sit by myself, sip a drink and ruminate over the rule book to see if there was something I could of done differently. Was it my luck? My inability to strategize? Maybe a bit of both.

I was introduced to the cooperative game genre, back in 2011 with a board game called Defenders of the Realm. At first I was drawn in by this game’s attention to detail, visually stunning renderings and beautifully crafted backstory setting the stage for the players. Then, I was blown away by being able to get feedback on my strategy as a newbie from other players and also coordinate my moves with teammates. I personally enjoy dialogue, discussion, and debate when there are competing ideas and strategies, and cooperative games provided one such outlet to engage in it.

Ever since I learned about cooperative games as a genre, I was itching to design my own cooperative game. In December of 2015 I began designing and testing it out with friends. 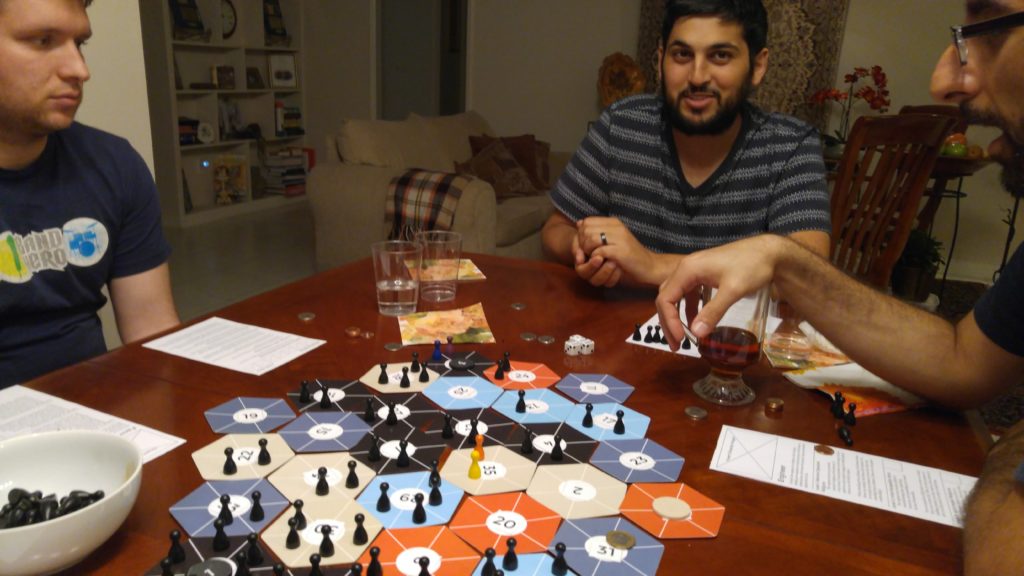 I started with game mechanics I enjoyed from other board games and video games and used them as a jumping off point for FAZA. After that, it was a lot of playtesting and iteration to cut down on rules to find the core of the game.

The metaphor and story for FAZA stems from my love of science fiction, and began to emerge immediately after I picked a few game mechanics I wanted to test. The story and game mechanics then began to evolve together and inform one another. And finally, the name FAZA came from Farsi and means outer space.

If you’ve been following the development of FAZA and I haven’t heard from you, please reach out or leave a comment below. I’d love to hear from you.

One thought on “Where did the idea for FAZA come from?”